Showing posts from April, 2013
Show all

A prayer for times of violence and despair 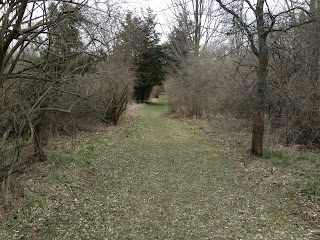 Holy and mysterious God,  be present with us in these times of distress. Comfort us.
Walk with us through the tragedy of the violence.  Help us see our role in the violence of this world.  Let us not be agents of injustice,  not be spectators to tragedy,  but help us be part of the healing.
Tenderly hold our grief, fear, and disappointment  in your loving arms.
Help us to see your hand  at work in the world around us,  restoring the broken places of  our lives and world  to the wholeness you desire.
Show us how we can be  your hands in the world.
Direct us to recognize how we can help.
Enable us,  through your Holy Spirit  to mend the tattered shards of despair  into a cloth of comfort and hope.
Guide our hearts and minds  that our anger  can become compassion,  our fear  turn into acts of grace.
May our despair  become  acts of loving resurrection and reconciliation.  Be known to us, O God,  in the random acts of kindness.  Amen.
1 comment
Read more

Remembering: some random thoughts on spring and a Billy Collins poem

- April 12, 2013
RevKarla over at the RevGals offers this delightfully random Friday Five:

Can you believe it is April 12????  Have you finished your taxes?  Here in Boston, the city is abuzz with Boston Marathon anticipation.  We are finally hearing birds chirp in the morning, and even though it was in the low thirties last night, many of us are bravely sporting open-toed sandals.   None of this has anything to do Friday Five, except randomness.   So, in that spirit.......

1.  How are you doing?  What's going on in your life? Well. My life is full. My daughter has recently moved and I helped her pack. This required driving to Chicago on Easter Monday. It was good to be there and help her. I was, however, exhausted. I have celebrated the 75th wedding anniversary of a couple in the parish. I am preparing to go to clergy conference next week and then a few days later to CREDO. And, I am tending to details following the death of my younger brother. I have power of attorney, so I am working on the…
5 comments
Read more

In Loving Memory, a little tribute to my brother 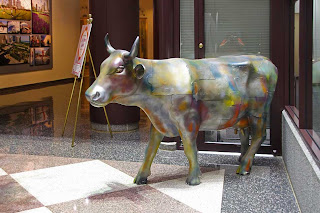 I was barely four years old but I remember the day my brother was born. Although we always called him David, he was formally named Richard David after uncles on both sides. On the day David was born my brother Ron  and I were at our maternal grandparents house. I remember trying to take a nap, at least that is what we were supposed to be doing. But instead the house was filled with anxious excitement as we awaited news of the birth.

His life was never easy. Before he was two, David and I were living with my paternal grandparents while my mother and Ron lived with a friend. My parents were getting a divorce. My mother, at the young age of 22, with three kids under the age of 5, was determined to build a better life for her and her kids.

David was the third child in our family, preceded by me, the oldest, and Ron who was born 14 months after me. Our youngest brother, Don, was born five years after David, a second marriage for my mother. Pau…
13 comments
Read more 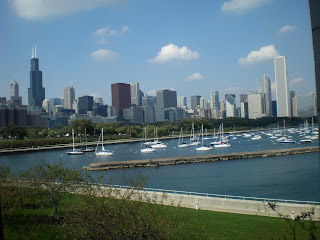 RevPat over at RevGals offers this Friday Five

....we have all just finished the liturgical equivalent of the Boston Marathon. 26 or so long miles of steady push, followed by a sprint here, a wall there. Only difference is, at a successful conclusion, everybody wins! Which, in my humble opinion, is one of the points of Easter.

But I digress. As I write this I am sitting in a cafe about 400 miles from my church sipping a most excellent latte, waiting to have breakfast with my daughter. This afternoon I fly to see family. After that, several days of study leave..... how about you?

This Friday Five is pretty simple:

1. What, if anything, are you doing to take your Easter season sabbath? Family? Vacation? Study Leave? Some combination of all three? Lucky me...on Monday I drove to Chicago...

.... to help my daughter pack up her house in preparation for a move across the town on Saturday. I returned home yesterday in heavy traffic due to a highway accident. In between, two busy, exha…
5 comments
Read more
More posts