Showing posts from January, 2015
Show all

- January 31, 2015
A reflection on Mark 1:21-28 for Epiphany 4B
Rabbi Lawrence Kushner, not to be confused with Harold Kushner of “When Bad Things Happen to Good People” fame, is a retired rabbi who grew up in Michigan and served a synagogue on the East coast. Larry, as he likes to be called, also writes about Jewish Mysticism. In one of his books he tells this story:
In the middle of a cold winter night, his wife, six months pregnant with their second child woke him. She said, “Larry, I know this sounds crazy, but I would give anything for a chocolate bar, especially one with almonds. “ Larry replied, “Don’t worry about a thing.”
And he proceeded to pull on jeans, sweatshirt, and a coat over his pajamas. Outside it had been snowing and there were a few inches of snow on his car, driving was slow and slippery. And of course it took him a few minutes to realize that in this small town of Massachusetts everything would be closed. Where would he find a chocolate bar in the middle of the night? Then he rem…
2 comments
Read more

By Instinct or Intent, Our Identity in God

- January 24, 2015
Epiphany 3B: Jonah 3:1-5, 10; 1 Cor. 7:29-31; Mark 1:14-20
Ollie is a big goof of a dog, a large Weimaraner, my daughter’s dog. He’s been with us since Christmas, on an extended visit. This is nothing new, he has stayed with us in the past. When the three dogs are all together they act as though their pack is now complete, life is how it ought to be. Whether here, or at home with our daughter, one of Ollie’s favorite past times is looking out the sliding glass doors and watching the yard full of squirrels and rabbits and deer.
The deer come almost every night and eat from our bird feeder, tipping the feeder until the seed pours into their mouths like candy. Granted, Dan entices them by filling the feeder just after dark when he knows that the deer are off in the distance, waiting for him.
We’ve taught our dogs to be quiet and watch the deer, but sometimes they can’t help themselves and have to bark. Ollie is certain that if we let him out he could take one of them. However, if he act…
Post a Comment
Read more

God Calls Us to Our Truest Self

- January 17, 2015
A reflection for the second Sunday after the Epiphany: 1 Samuel 3:1-20; Psalm 139:1-6; 13-18; 1 Cor 6:12-20, and John 1:43-51
Many years ago I left the church. I left it and didn’t look back for sixteen years. At first I rejected all forms of religion. I scoffed at religious ideas and practices. I was a seventeen year old, and fairly typical of a skeptic in the 1970’s. Eventually life became more complicated and demanded more of me. I started to look more deeply within my self and outside of my self for some direction. I yearned to understand the meaning of life and what my purpose in it might be. Who was I? And more importantly, “what was I supposed to do with my life?” College, and the years post college, were filled with these existential questions. Eventually I began trying on religious practices from other faith traditions. And I say trying on the practices because I didn’t join any religious communities nor did I invest in learning about the tradition, I just learned enough to t…
Post a Comment
Read more

Friday Five: Baby it's cold outside!

- January 16, 2015
Jan, over at the RevGals invites us to reflect on five ways we cope with the cold:

1. I drink lots of hot beverages, tea and coffee.

2. I eat wintery meals - pot roasts in the slow-cooker, soups and chili. My favorite soups are lentil, white bean chicken chili, beef stew, and chicken vegetable. I make up my own recipes, make everything from scratch, and no two are ever the same.

3. I exercise in-doors using a stationary bike and yoga classes.

4. When I have to go outside, I bundle up as much as possible, leaving very little skin exposed.

5. I light a fire in the fireplace, drink hot tea, and read a book.

- January 10, 2015
A reflection on Genesis 1:1-5, Mark 1:4-11
In 1904 a Swedish mathematician named Helge von Koch created what has become known as the Koch snowflake. Koch was trying to work out some principles in chaos theory called “fractals.” Fractals are self-repeating elements that recreate themselves in a similar manner over and over ad infinitum. Fractals are complex and occur in nature such as trees, rivers, mountains, and so forth.
However, unlike Koch’s snowflake, which created the same pattern in each of his snowflakes, nothing in creation is ever created exactly the same as another. No two trees are exactly the same, no two rivers are exactly the same, no two humans are exactly the same.
Chaos theory is the science of things that are nonlinear and unpredictable. Most science deals with predictable elements like chemical reactions or gravity. But chaos theory delves into those places that exist between predictability, the space where transition happens. Some of the common descriptions of c…
2 comments
Read more

1. If you have one, what is your new resolution? I don't make New Year's resolutions. But I do make efforts through out the year to improve myself. Last May I went on a health kick, eating less carbs and sugar and more veggies and protein. I lost some weight as a result, although that wasn't exactly what I was going for. Now I find, ironically that I have to add those carbs back into my diet because I have developed reflux and seem to need a more a simple and relatively bland diet. Eating more simply, along with some medication, seems to help. Also, as I always do in the winter, I am trying to keep up with my exercise. We bought a recumbent bike and I use that for cardio and then my usual go to yoga as much as possible. Yoga has made me stronger. A lot stronger. Also, I am a Spiritual Direction intern, so I am working on the spiritual side, too. And I am taking classes with…
5 comments
Read more

Into the thick darkness

- January 03, 2015
A reflection on Isaiah 60:1-6 and Matthew 2:1-12
Over the Christmas break I found myself doing some research on the genealogy of my family. It was easy research because several family members have done extensive work on each of my grandparents and posted them on public sites through Ancestry dot com. One person, some distant relative I do not know, has traced my paternal grandfather’s mother’s family, back to the early kings and queens of Scotland. Apparently I am related to William, known as the Lion King of Scotland, who reigned in the 13th century as well as all the kings of Scotland back to Kenneth in the 9th century, and his family members back to the first century.
As someone who has spent most of my life outside of Utah and far from my family I value this research and the way it sparks my imagination.
I often wonder about my family members who left England and Scotland, traveling on rickety ships over turbulent waters, to come to this country. Whether it was family members e…
Post a Comment
Read more 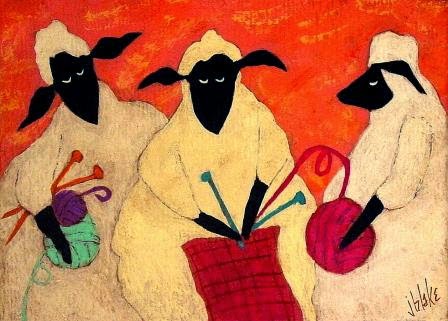 3dogmom over at the RevGalsBlog offers the Friday Five meme this week, reflecting on what one hopes to accomplish in 2015. She has a list of projects for herself, but also suggests we consider Parker Palmer's questions posted on Krista Tippets blog for "On Being."  He began with Rilke's Letters to a Young Poet:

....be patient with all that is unresolved in your heart and try to love the questions themselves...do not seek the answers which cannot be given you because you would not be able to live them. And the point is, to live everything. Live the questions now. Perhaps you then, gradually without noticing it, live along some distant day, into the answer.

Then Palmer offers these questions:

What can I let go of in order to find aliveness?
What is my next challenge in daring to be human?
How can I open myself up to the beauty in nature and in humans?
Who or what do I need to learn to love next?
What is the new creation that yearns to be born in or through me?
rough me?