Showing posts from January, 2019
Show all

A Year in photos 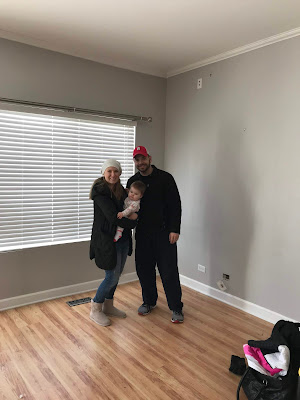 Last year, 2018 began with some major transitions: our daughter, son in law, and grand-daughter sold their home, took a new job in Detroit, and moved in with us. The end of 2017 and first few days of 2018 were complicated by all of us catching the flu. This despite having the flu shot. It was, apparently a bad season for the flu.


I went to Chicago to help with the last of the move and got sick myself. I sequestered myself in an upstairs room while the movers loaded the truck. Then I slept in the car while Jess drove us to Dearborn.

We had a lovely winter last year, lots of snow and plenty of play time outside as we all figured out how to live together.

By the time Easter came we were anticipating the birth of a second grand baby, due in October.  In July I travelled to Austin, Texas where I preached at the historic St. David's church during the celebration Eucharist for the closing of the Episcopal Women's Caucus, of which I had been the Convener for 6 years. It was a monume…
Post a Comment
Read more
More posts