Showing posts from July, 2019
Show all

Footprints in the sand 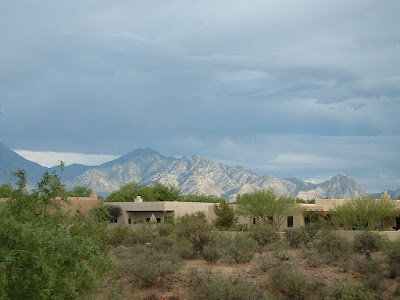 Ten years ago I lived on the foothills of the Santa Ritas, a small mountain range in southern Arizona. Backyards were separated by deep rocky crevices called arroyos,  ancient pathways for rain water that runs off the mountains during the summer monsoon season. The arroyos are vital to the environment, providing greenery for food and shelter, supporting the lives of rabbits, lizards, quail, squirrels, birds, coyotes, bobcats, mountain lions, and javelina.


On my daily walks, I could see footprints in the sandy beds of the arroyos. Some of the footprints were animal, particularly bobcat. But most of them were human footprints, new sets every night.
Footprints of people traveling in darkness, running from a life of desperation toward hope, facing uncertain challenges, including the real potential for rape and death by the very people “helping” them cross over.
Along the border are high towers with powerful cameras that pick up movement miles away. When the cameras detect movement they send…
Post a Comment
Read more
More posts